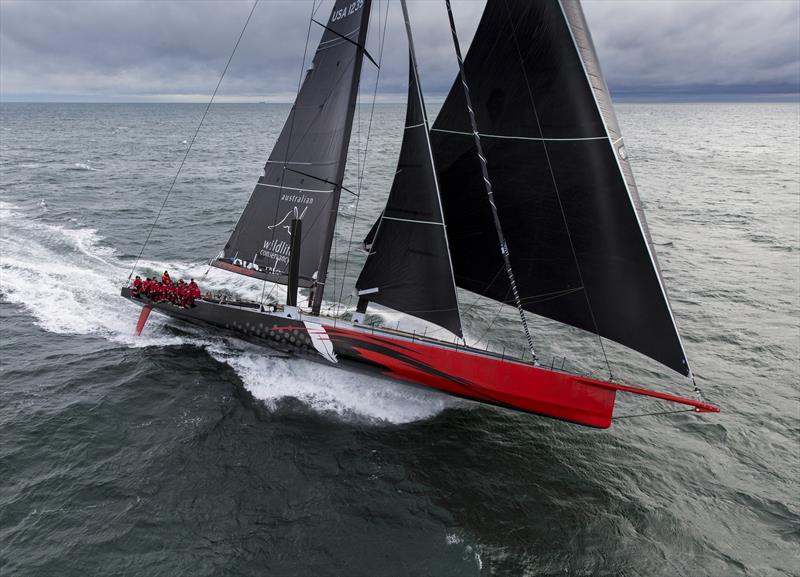 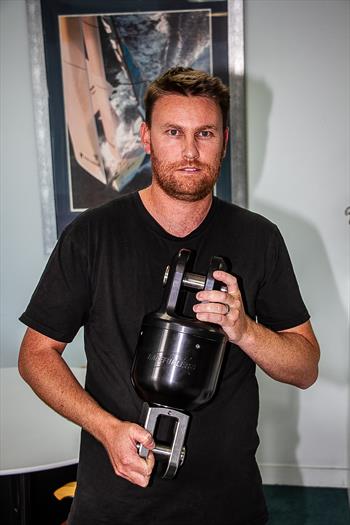 
Furling systems and their headsails have been one of the most remarkable developments of the past three decades.

Driven initially by the needs of performance crewed sailors looking to do more with less, furling technology was adopted by full-crewed racing yachts as spinnaker booms gave way to bowsprits and double luff spinnakers and bloopers have been replaced by asymmetrical headsails and code zeros.

It wasn’t long before the foiling generation recognized that furling was de rigueur for yachts in the America’s Cup and Volvo Ocean Race, where working in a more traditional way was no longer an option.

The technology is also turning the heads of owners and crews of performance cruisers – eager to work solely from the safety of the cockpit.

Founded in 1993, KZ Marine’s core business is designing and building some of the world’s most capable sail furlers for racing yachts. Their components are found at the pointed end of most coastal and offshore Grand Prix yachts like the AC75, mini maxi, TP52, super maxi, VO65 and IMOCA 60. Leisurefurl boom furler.

But it does not stop there. Their skill as a machine shop has bought new business for their existing customers in the form of one-off machined parts, says James Gordon, managing director of KZ Racefurlers.

Being a small team means that at KZ Marine there are few days when there is little to do – but being a small group is part of what makes it one of New Zealand’s great marine companies. The team of 10 office and manufacturing workers each end up having a few different hats to wear, but as a company, that makes them nimble and maneuverable. Doing things outside the norm is easy.

“We do a lot of custom machined parts here,” says James. “A lot of times it comes from guys who we built reels for that U-turn and say, ‘Hey, do you think you could do that for us too? And that led us to build things that will be used on the AC75s.

In recent years, yachts have become faster. Their headsails became larger and flatter. Furlers are becoming an increasingly critical part of a boat’s kit. By furling and deploying the sails, crews can launch and land huge sail plans or change gears quickly, to keep up with the conditions. Maneuvers and sail changes occur with relative ease compared to the wrestling match that once took place on the foredecks of yachts as crews attempted to strangle and smother flapping sails.

The nature of these sails means that the loads they place on the yacht are both dynamic and enormous. KZ Racefurlers build furlers that are up to the task with a safe working load ranging from 1,000kg to 40,000kg – that’s enough to safely transport anything from a cow to a Boeing 737-800 empty.

The trend to furl loosely luffed sails – a staysail, code zero or gennaker that has no permanent forestay attached – has moved sideways to superyachts and down to mom and dad gulf cruisers. . The latter benefits greatly from being able to carry a much wider range of sails without the need for extra hands on board.

“The design of the furler itself does not change dramatically between what we would put on a racing yacht and what you might see on a cruiser. The biggest difference between the two is in the materials used. cruisers usually have cost as their primary driver, so mostly use stainless steel, which makes their gear heavier and bigger,” says Gordon. “Whereas racing boats – as they progress on the performance curve – are often more about performance than budget, so opt to use more and more titanium, to save both weight and drift on their gear.”

KZ also works closely with sailboats like North and Doyle to ensure their equipment keeps pace with changing sail technology. They now make integrators, which are a special type of swivel that goes on the bottom of a gennaker. The integrator allows torque to bypass the sail’s tack and back up to the head so the same furler can furl a sail bottom-up or top-down.

“Deeper sails can’t really be furled from the bottom up,” says Gordon. “You end up with a massive bag at the top and a tight pile at the bottom. Furling from the top down gives a much neater furling and means you can store the sail easily and safely.

While sailboats have recently explored the idea of ​​structured luff sails – removing the cable that previously took luff tension and furling twist into a code zero in favor of some unidirectional carbon fibers in the sail itself – same – KZ Marine remained in the foreground. James and his team make special tack plates to connect the sails to the furler, which more efficiently transfers torque into the sail to roll it.

“We now build all the tack plates for Doyle’s cableless sails, which is a pretty nice relationship to have,” says James. “Now every Doyle Cable-less sail over there has one of our tack plates over there.”

It’s not just the sail technology that is on the minds of the KZ team, but also the manufacturing technology. Reel line guards that were previously machined from acetal, a tough plastic commonly used in marine applications, are now 3D printed. The weight savings of this development on a part that already seemed quite light is astounding. With the weight at the lateral ends of the yachts being almost as crucial as at its vertical ends, this offers a worthwhile performance boost for their customers.

“Once you start using a bit of titanium in the metal parts and the 3D printed protection, you can take a lot of weight off the unit, especially the larger ones. It all adds up,” Gordon said.

You only have to look at the list of notable KZ Racefurlers customers to tell you that their gear is some of the best available. They are part of the fabric that makes New Zealand’s maritime industry famous around the world.

Cruise turns into nightmare for tourists aboard luxury ship in Italy