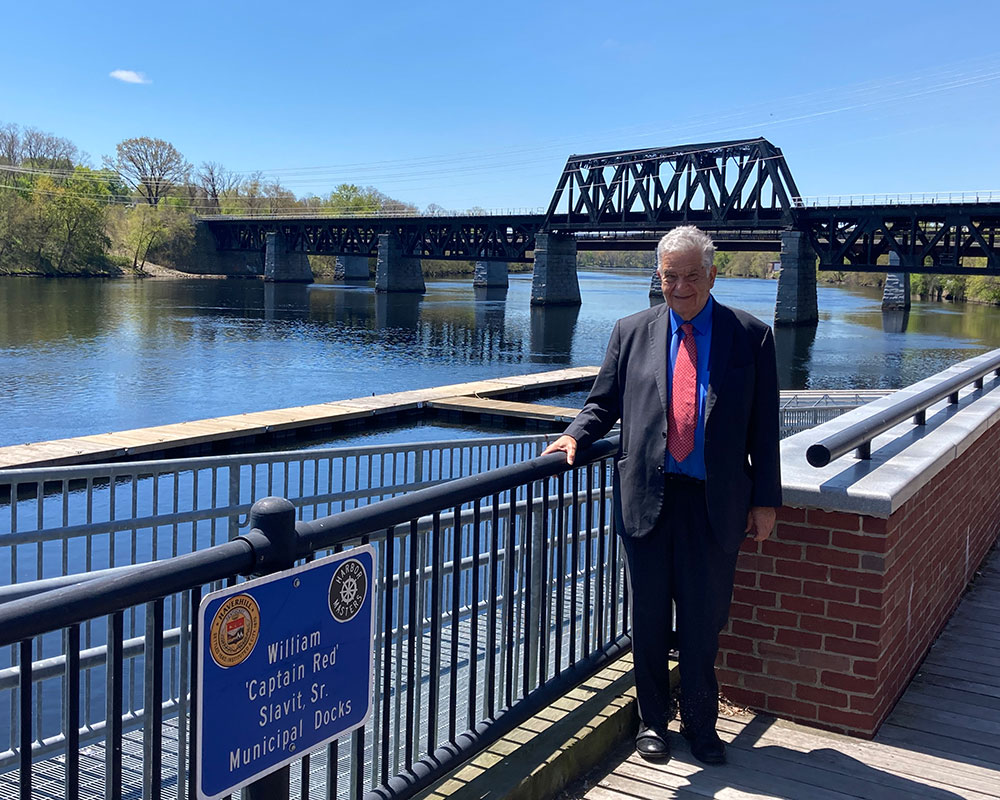 As WHAV reported earlier this week, Haverhill councilors were asked to approve the transfer of $8,000 from a waterways account to pay for the purchase. Sections of the William “Captain Red” municipal docks are intended to accommodate the newly approved Yankee Clipper Tours and the return of Plum Island Kayak.

Mayor James J. Fiorentini’s office said Thursday that Amari had ordered the sections and they should be installed within weeks. The mayor said he also requested additional lighting and security cameras on and around public docks and ordered police to work with the Commission.

A winding accessibility walkway leads to the docks, which are popular for fishing and allow boaters to moor their private watercraft and Plum Island to store its kayaks.

The Commission previously unanimously approved plans by Newburyport-based Yankee Clipper Tours to begin offering day and night river cruises from the city center this summer. The boat, which can accommodate 35 to 44 passengers, should arrive here from mid-June to the end of June.

“The boat is a 30ft aluminum catamaran, and the model I’m going to follow is basically the same as the one I do in Newburyport, which is one hour public trips, 90 hour sunset cruises minutes and private charters and some pro bono work for nonprofits and environmental groups,” Captain Paul Aziz, owner of Yankee Clipper Tours, told the Commission in January.

This summer will be the third year that Plum Island Kayak will operate from the Washington Street docks, where it also has a ticket office.